Cancer is typically associated with humans, but this disease is just as life-threatening to your furry friends too. When cancer develops in the body, it means that there are clusters of cells that have mutated and have a mind of their own. Rather than performing regular cell functions, these rogue cells start to attack surrounding tissues. When the cells start to spread, it means the cancer has metastasised. Just as with humans, pets can develop localised cancer or generalised cancer that spreads to other organs in their body. The following are some of the warning signs of canine cancer that you should be wary of.

Sudden weight loss in your dog should be a red flag that should have you visit an animal cancer care clinic. When your dog starts to lose weight drastically, it could be an indicator of developing gastrointestinal cancer. A tumour may be advancing at such a fast rate that your dog ends up losing their appetite altogether. On the other hand, your dog's appetite may not be affected, but you will find that they still shed the kilos as the tumour takes up too much space in their gastrointestinal system.

Another red flag that should have you seeking medical attention for your dog is if their mouth starts to experience a variety of changes. Some of the symptoms of oral cancer that would manifest in the mouth of your dog include strange sores, foul odours, change in the appearance of their gums, lumps on their tongue and more. However, since pet owners do not usually carry out a visual inspection of their dogs' mouths on a routine basis, oral cancer tumours have the propensity of going undetected until the pet's health has significantly deteriorated. It is vital to regularly check for any slight changes, and pay a visit to the vet if you notice anything untoward.

Dogs will experience erratic bowel movements at one time or another, which will typically stem from the food they have eaten. However, if your dog develops diarrhoea and it lasts for more than a couple of days, you should be concerned about an underlying health problem. Other changes in bowel movements that should have you wary include incontinence, constipation, blood in their excrement and anything else that does not seem reasonable to your dog. A physical checkup from the vet will be prudent to determine if your pet is at risk of cancer. 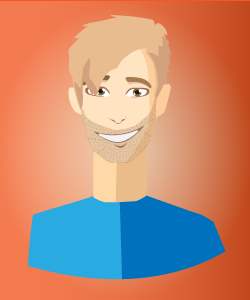 Hello! My name is Peter and this is my pet blog. I started this blog because I wanted to make sure that I other people had the information they need in order to care for their pets. I am not a vet or an animal specialist, but I did grow up in a household which had pet dogs, cats, hamsters, mice and fish. My parents taught me all about the steps I needed to take in order to look after my animal friends and I have continued to own pets of various kinds as I became an adult. I hope you like my blog.